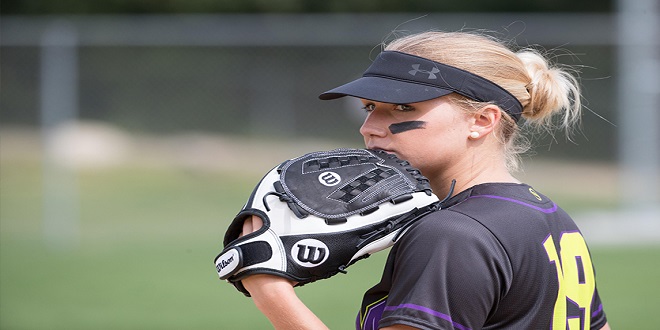 While slow pitch softball is often seen as a recreational game, its fastpitch counterpart is generally played as a highly competitive sport. Generally speaking, the two games share a lot in common. The rules for both softball variations are relatively similar though there are a few differences.

Another area where there are some small differences between slow pitch and fastpitch softball is in the type of gloves that are used. Though either glove can be used in both variations, there are some benefits to selecting an option that is specifically designed for the version of the game that you are playing. With this said, these are some of the key differences between slow pitch and fastpitch gloves that you should be aware of.

The Fit Is Generally Different Between the Two Varieties

Fit is one of the most important differences to understand between these two types of gloves. The history of softball is a fascinating one that has seen the emergence of two popular variations. While the slow pitch variation is played by a wide variety of enthusiasts, the fastpitch one is generally played by competitive female athletes. Given this fact, fastpitch gloves are generally manufactured for smaller hands and have wrist openings that are designed accordingly. This gives fastpitch players better overall glove control than they would have if they used a slow pitch glove or a baseball glove for fastpitch softball.

Another notable difference that you should know about when it comes to soft pitch and fastpitch softball gloves involves size. Slow pitch players generally look for a larger glove since the game is a more leisurely affair that does not require the participants to be as quick when it comes to transfers. The speed of the fastpitch game means that quick ball transfers are necessary. Because of this, fastpitch players generally look for a smaller glove that makes this process easier and more efficient.

Top manufacturers, such as the team behind Wilson fastpitch softball gloves, have designed a product that offers a superior level of durability when compared to the slow pitch variation. The reason for this is actually fairly straightforward. Softball gloves used for fastpitch play are going to take on a lot more wear and tear that comes at a faster rate. With this in mind, fastpitch gloves are manufactured to be able to stand up to these stresses better than their soft pitch counterparts which are used for a far more laid-back and leisurely ballgame.

Pitcher and Catcher Gloves Have the Biggest Differences Between Sports

It is in the area of pitcher and catcher gloves where the differences between the two softball variations and their gloves are seen the most. Fastpitch softball pitchers have to ensure that they purchase a glove that has closed webbing. This is so hitters are not able to see their pitch grip before the ball leaves their throwing hand. This is not a major consideration in slow pitch softball where the pitch speed does not take on enough speed to really have much of a chance of catching the hitter off guard.

When it comes to catchers, having a mitt specifically designed for fastpitch softball is essential. This is because the pitch velocity is much greater in the fastpitch version of the game. Fastpitch softball catchers need to have a glove that is designed to effectively soften the impact of incoming pitches. In the slow pitch version of the game, this is not as big of an issue, given the much slower pitch velocity.

These are the most notable differences that can be found between today’s slow pitch and fastpitch softball gloves that are used by players. Though slow pitch gloves can be used in the more competitive, fastpitch version of the game, these differences illustrate the fact that there are some real benefits to choosing a glove that is variation appropriate. This is particularly true for you if you are playing either at the pitcher or the catcher positions. Having the right equipment can make a big difference for you when it comes to in-game performance.

Which NFL Teams Have the Best Chances of Winning the Super Bowl?