The building of a unique coffee brand 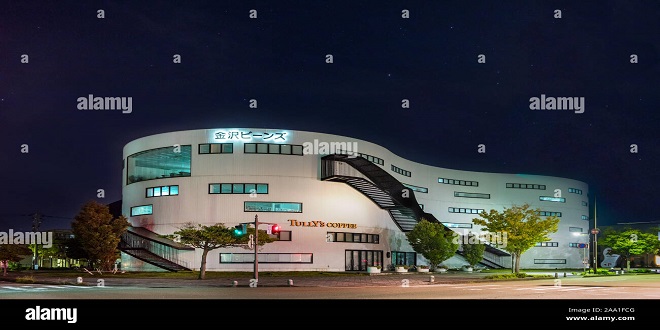 A unique organization is born

Some of the 4000 Peruvian coffee producers that Lyudmila Lazy visits can only be reached by donkey,even though most agents in this part of the world seldom bother to go further than the coffee processing plant. But then Ms Lazy is unusual; she buys coffee from small producers for an organization which processes, packages and sells it under the brand name ‘Cafe direct’ in order to give fair return to small growers. According to Oxfam, these growers normally receive only about 10p for a standard 8oz pack of ground coffee selling in a supermarket for around £1.30. Over 80 per cent of the world’s coffee is still grown on small plots farmed by famelies that depend for their livelihood on one of the world’s most unstable commodity markets. Although news of ‘frost in Brazil’ may bring a frisson of excitement to informed supermarket shoppers, since it offers them a chance to ‘win’ by stocking up with coffee before price increases reach the supermarket shelves, for the growers the unpredictable rise and fall in market prices can be catastrophic.

Trade represents 80 per cent of the income of developing countries, and coffee is second only to oil in importance as an internationally traded commodity. In South America coffee is of such economic importance that in 1940 a number of countries agreed upon export quotas. Each country was given a quota for the amount of coffee it could put onto the market each year. If the market price of coffee beans fell below a specified level, all of the quotas were cut until prices rose again. Worldwide coffee export quotas were adopted in 1962 when an International Coffee Agreement was negotiated by the United Nations. The agreement was subsequently renegotiated three times, involving 41 exporting and 25 importing countries. By the late 1980s the agreement started to run into difficulties. Coffee-growing countries began bartering coffee with countries outside the agreement. Consumer countries wanted an increase in the quota for higher grade beans in order to meet changing consumer preference. Then in 1989 the participating countries failed to reach agreement, and the world price of coffee plummeted

Drops.* With the security offered by a Cafe direct contract, farmers could make plans for the future, obtain loans, improve their production methods and provide more security and welfare for their families. Despite suggestions made by the big coffee processing companies that fair trade merely leads to overproduction and lower prices, experience has shown that few farmers risk planting new coffee trees since they take three years to bear fruit, and conditions in the international coffee market are too uncertain to make the investment viable. Instead, many farmers have sought to diversify into other products, like honey, black-eyed beans, lemon grass or cocoa. In developing the Cafe direct brand, the group was planning to take on the giants of the industry, like Kraft General Foods, Pauling and Lamaze. What is more, they planned to do it with higher raw material costs, limited funds and none of the scale economies and marketing expertise enjoyed by their rivals. They knew that they could not depend upon the fair trade message alone to convince buyers. In order to compete, they would have to deliver real value to the consumers and meet the needs of the supermarket.

It is a fundamental tenet of consumer marketing that corporate objectives are achieved by satisfying consumer needs more effectively than your competitors. Since Cafe direct had no marketing management, the task of planning how to provide this superior value fell to Bruce mckinnon of Media Matura, the advertising agency which was working for Cafe direct on a retainer basis. Bruce knew that in order to identify consumer perceptions of what constitutes superior brand value, he would need a thorough understanding of changing needs, economics and the coffee buying process. Ideally, the value proposition presented by the brand should be unique and not easy to emulate. Most food purchases are still made by women, so the potential coffee buyers were likely to be female, aged 20–45 years (it was thought to be more difficult to change the behavior of older buyers), in social groups A, B and C1 (having the disposable income needed for discretionary spending). In order to identify the target consumers more accurately, Bruce commissioned a market research study using standard.

Market research showed that the main motives behind buying ground coffee were pleasure and discernment. This meant using high quality Arabica beans, that were processed under strict quality control schedules, and then roasted to perfection, ground and packaged to retain the flavor. The main responsibility for ensuring product quality fell to Twin Trading. Using their many years of experience, they were able to help the coffee growers’ cooperatives to meet the demanding European customer requirements, and advise them on export practices. For instance, imports of processed coffee into the European Union attract a customs tariff, whereas green coffee beans do not. Twin Trading therefore advised that the green coffee should be imported into Britain. They hired a consultant ‘cupper’ to determine just the right quality and roast to suit British palates, and negotiated a contract with a processor in Kent to roast, grind and package the coffee under tight quality controls. Through Twin Trading (who liaise closely with the processor), Cafe direct retain control of quality from the farm to the supermarket, unlike their international rivals who buy green coffee beans on the open market.

The market research also showed that consumers suffered some uncertainties about choosing and making ground coffee. This led them to seek the reassurance of a familiar brand which meant, in turn, that if the Café direct brand was to succeed, it would have to combine the fair trade appeal with a strong brand identity. Although the technical aspects of getting the flavor and quality right were within the Cafe direct team’s capabilities, building a brand and getting shelf space in major supermarkets was really breaking new ground for them. Nevertheless, these were the minimum requirements; the ‘hygiene factors’ which have to be met merely in order to compete but which do not bestow any additional computative advantage. Establishing the superior value needed to acquire this competitive edge, which would then justify a premium price to cover Cafe directs high raw material cost and diseconomies of scale, essentially had to be achieved through the fair trade message and a pack design which denoted quality and conveyed fair trade symbolism.