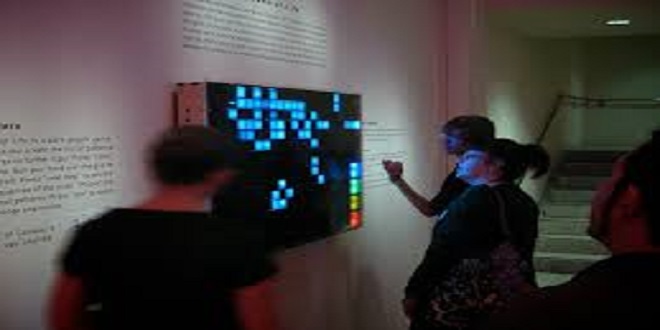 The Rules of the Game

When the October 1970 issue of Scientific American arrived, I had no idea the extent to which Martin Gardner’s article in that issue would affect my life. For as long as I can remember, my custom would be to seek out the Mathematical Games column in search of Gardner’s latest topic with the usual reader challenges. My first reaction to that particular article introducing a new pastime titled “The fantastic combinations of John Conway’s new solitaire game ‘life”’ was only mildly interesting. A couple of days later, still curious about the outcome of random patterns, I located an old checkerboard and a small jarful of pennies to investigate this new game. The simplicity and unpredictability of Life were intriguing and I realized that using coins was too cumbersome and left no record of the succession of generations. At that time, as a systems analyst for a large firm in Manhattan, I had access to an IBM mainframe computer and the following week wrote a program to “play” Life. Gardner had posed several challenges in his column and I set about to check them. My primary interest, however, concerned tracking the outcome of large areas randomly populated with “bits”.

Late in October, I was delighted to receive a response (my first ever) from Gardner. In his letter, he thanked me for solving one of the challenges and was awaiting confirmation from other readers. He mentioned that this was a common strategy for verifying the validity of material from readers responding to his monthly challenges. I also learned that Gardner did not work in an office at Scientific American headquarters on Madison Avenue but rather out of his home in nearby Westchester County. The geographic proximity offered an opportunity to personally meet with him, and on several occasions, we did so to discuss developments readers were.

Seminal telegram from Gosper to Gardner

Finding a finite pattern that endlessly replicates. The telegram contained coordinates for a small set of starting “bits” that would evolve into a glider gun. Gardner had no way of knowing whether or not Gosper’s claim was valid and asked if I could verify this for him. Around mid-November, I input this starting configuration into the program which produced several dozen generations confirming that Gosper’s claim was indeed true. This information pleased Gardner who in turn notified Conway of the discovery. Gardner also said that this particular column had generated an unprecedented volume of reader response including many discoveries of which some were new to Conway himself. He felt that a second column would soon be necessary and had to convince the magazine editors to agree to this. About this time, I suggested possibly starting a newsletter to serve as a clearinghouse to handle a large number of inquiries. Both Gardner and Conway agreed to this idea. In February 1971, Gardner wrote a column about cellular automata which presented more of the technical background upon which Life was based.

A field in which all cells are inactive remains so; such quiescence was deliberately included in the definition of Life. Examination of the evolution of random Life fields reveals many still lifes formed from small clusters of live cells; the simplest is a 2×2 square in which each cell has exactly three neighbors, and thus persists from one generation to the next. Cells outside the cluster have at most two live neighbors, which is never enough for any additional cells to be formed. Thus the conditions for a still life are met. An empirical search of random fields reveals configurations that are easily formed, especially if a very limited sample is taken. It needs to be supplemented by a more thorough procedure, so it is not surprising that much of the response to Gardner’s article consisted in carefully recording the evolution of all the small objects that it was possible to form. Gradually a consensus was built up concerning the catalog of still lifes up to twelve pixels, including the existence of several families of still lifes and rules for generating them.

The structures called blinkers, consisting of three live cells in a row, alternate in form between three horizontal cells and three vertical cells. Next to square clusters of four blocks, they are the most common debris remaining after evolution has run its course. They exemplify structures with period two, which, like the smaller still lifes, often arise during the evolution of random fields. Alternators, or period two oscillators, tend to be rather fragile. Nevertheless, they are easily constructed, once the basic technique has been grasped. There are two different kinds of alternators, depending on whether cells disappear from isolation or overcrowding. Of course, a large configuration can incorporate both kinds of alternators. Figure 3.2 shows an assortment of alternators that depend on overcrowding. The neighbors of the deceased remain in place, giving birth to a new cell which they promptly crush, repeating the cycle indefinitely.

The Benefits of OPS Computer