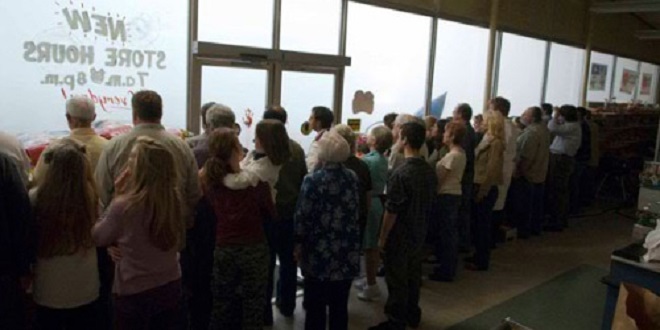 One of the things that are necessary for the construction of virtually all regular growing patterns is the ability to dynamically construct component objects out of easily produced spaceships or other objects. For example, a breeder, which demonstrates quadratic growth, consists of three parts: a first part is a group of guns or puffers that periodically produce spaceships or possibly other stationary objects which collide to form a different set of guns or puffers, each of which in turn periodically produces a wave of a third kind — spaceships or stationary objects. For such patterns to be viable, it is necessary to be able to construct complicated machinery like guns and puffers from simpler objects — namely objects that can themselves be produced by other guns and puffers. Spaceships are usually the most convenient, since multiple spaceships can be brought to bear, usually from several different directions. To be able to construct interesting patterns, technology must be developed to synthesize vital component objects from simple spaceships. In addition, it can also prove useful to be able to synthesize non-vital objects as well, as the technologies required can often prove useful in other areas. This chapter will deal with the techniques and problems of such object synthesis. It is an expansion of ideas I presented in a paper on a similar topic for the CA 98 conference [1]. While most of the examples will be from Life, most of the issues discussed also apply to most other interesting rules as well.

One Life pattern discovered very early on was the glider — a simple five-cell spaceship. Naturally, one of the first things to try was to smash gliders together in every possible way and observe the results — which resulted in seven new simple unique objects, as well as some more complicated constellations of multiple objects. This could be repeated by smashing gliders into each of the resulting objects, sometimes yielding more objects. This process could be repeated as often as desired to produce a set of “naturally synthesizable objects”. More complicated results could be produced by smashing together three or even more gliders together. Many interesting objects can also arise when smashing multiple gliders into objects along axes of symmetry. Figure 8.1 shows a collision of two gliders to form the block, the simplest and most abundant still-life. Figure 8.2 shows all objects and pseudo-objects that can be formed by colliding 2 or 3 gliders together.

Sometimes, when one observes the natural evolution of a Life pattern, one may note that a random mass of cells will spontaneously emit a sophisticated object, in a way evocative of Botticelli’s The Birth of Venus, only to be later consumed by other nearby masses of cells running out of control. In such cases, it is often possible to save the fragile object by smashing gliders into one of the errant masses, with the hopes that some glider or combination of gliders will sufficiently perturb it to cause it to die, or at least avoid the desired object.

One particularly striking example of such a synthesis is Buckingham’s synthesis of the Hertz Oscillator, a period-8 billiard table oscillator. Before this time it was generally believed that billiard tables were so complicated that it would never be possible to construct any of them from gliders. However, Buckingham observed that a very simple (and fairly common) interaction produced a mass of cells which at one point in their history resemble a predecessor to the interior of the Hertz Oscillator. This interaction appears in a simple two-glider collision called the Die Hard. To save this, all that was required was to add two additional gliders from each side to add the required external stabilizers. Even though the Die Hard collision to generate the interior is not suitable for this purpose, the same mechanism can be generated easily from a collision of three gliders. This permits the Hertz Oscillator to be synthesized from a mere 11 gliders, far cheaper than many less complicated objects. Figure 8.3 shows the synthesis of the Hertz Oscillator.