What Are Fluoride’s Potential Health Risks, And How Can Fluoride Be Removed From Water? 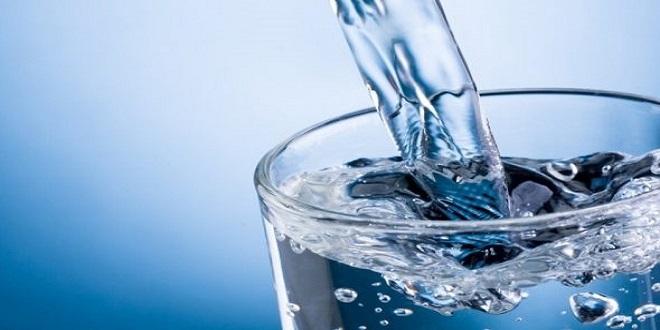 An inorganic, single-atom form of fluorine is called Fluoride. Its salts are usually colourless or white. Fluoride salts are typically tasteless with a distinct aftertaste. Critical chemical reagents and industrial chemicals are produced from their salts and minerals, primarily used in producing hydrogen fluoride for fluorocarbons. Since Fluoride is only partially associated with the solution, it is categorised as a weak base; concentrated Fluoride is corrosive and can harm the skin.

The most straightforward anion of fluorine is Fluoride. Several minerals, most notably fluorite, contain fluoride ions, but natural bodies of water only contain trace amounts of these ions. Most nations in the world add a certain amount of Fluoride to their municipal water supplies. They take this action because Fluoride has been shown to successfully stop or, in some cases, reverse the development of tooth cavities. Fluoride helps teeth fight decay-causing bacteria by encouraging remineralisation and strengthening the enamel. There are various fluoride removal systems. A reverse osmosis filtration system is a straightforward method for removing Fluoride from drinking water.

Too much fluoride intake while teeth still form beneath the gums causes dental fluorosis. The surface of your teeth develops white spots as a result of this. Dental fluorosis has no symptoms or adverse effects besides the white spots on the teeth.

Only young children under eight with developing permanent teeth typically experience it. Additionally, toothpaste, which has significantly more Fluoride than fluoridated water, is more likely to be swallowed by kids. You can lower their risk of dental fluorosis by keeping an eye on your child while brushing their teeth to ensure they aren’t ingesting excessive amounts of toothpaste.

Unlike dental fluorosis affecting the teeth, the one affecting the bones is skeletal fluorosis. Joint pain and stiffness are early symptoms. It can change the structure of bones over time and lead to calcification around the ligaments.

Long-term exposure to high fluoride levels, frequently found in drinking water, tends to cause it. Numerous factors, such as unintentional contamination from fires or explosions, can result in excessive levels of fluoride in the water. Some regions also have significant geologic fluoride deposits that contaminate water supplies, including large portions of Africa and Asia.

How can Fluoride be removed?

Water fluoridation can be effectively and inexpensively removed through distillation. The steam is collected in another container as it escapes from the boiling water during heating. The Fluoride and other contaminants are removed during this process. After cooling, the vapours in the other container turn back into pure, distilled water.

In reverse osmosis, water pushes against a permeable membrane that only lets water molecules through. Fluoride and other contaminants are consequently removed from the water, leaving only pure water free of Fluoride on the other surface of the membrane.

Aluminium oxide exists in the solid, porous form of activated alumina. It successfully removes Fluoride and other impurities from water. Only water with a pH lower than 8.5 can pass through these alumina filters. The pH of the water should be between 5 and 6 to remove Fluoride. Water becomes purer as the activated alumina granules take up contaminants as it passes through the filter.

One of the earliest techniques for removing Fluoride from water is bone char (BC) carbon. It can remove about 90% of the minerals from water and is present in the form of water filter cartridges.

Although fluoride benefits teeth, consuming too much of the substance can result in serious health problems. If the mineral is present in your drinking water in an unwanted concentration, you can make an informed decision to have it removed. To get rid of the mineral, consider using fluoride removal systems like distillation, BC carbon, reverse osmosis, and activated carbon. However, boiling water does not reduce the concentration of Fluoride, as the mineral is left behind when the water boils and the vapours escape; this technique improves concentration.

Previous articleTechnical Analysis for Forex Trading That Every Trader Should Know
Next articleWho is your Best Barcode Scanner manufacturers For Your Business?

What Makes YTOT So Special?