Phyllis Broom’s siblings sitting on a diving board at Kingston’s bathing place, known as Boats and Cars 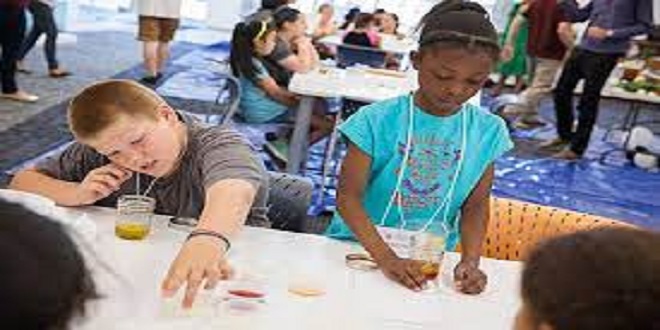 Thomas also enjoyed swimming near Kingston. He was born in 1931 and, after being orphaned at twelve, spent his adolescence at a Barnardo’s home known as ‘Dickies’ in Kingston upon Thames. ‘The river was like a bale of silk unwinding, ’ he later wrote, ‘thick and smooth and quickly it ran like it always does when the water is warm.

’ It’s a peaceful interlude in Thomas’ story of growing up in a children’s home during the Second World War, as he floats happily on his back among the stumpy green islands. He also swam near Hampton Court Bridge in the River Mole, a tributary of the Thames, ‘a deep and languid river, with fish in its olive cellars and with shadowy weeds running and folding like the long hair of girls.

Beginning of the tidal river. It’s here that the Thames comes under the control of the Port of London Authority (PLA), as it has done since 1909. For swimmers a tidal river is an obvious challenge; swimming with the tide gives speed, swimming against it is incredibly difficult, and so timing is of the utmost importance. Sea levels rise and fall because of the gravitational forces of the moon, sun, and the rotation of the earth, with tides highest around a full and new moon. The PLA provides tide tables, giving high and low water times, as well as water heights. But these are only forecasts, based on past measurements and the positions of the sun and moon about the earth.

Arriving at the start of the tidal Thames has been eventful for several noted endurance swimmers. For Lewis Pugh, after days spent swimming in a heatwave in 2006 with virtually no flow at all, ‘I got to Teddington, the water-cooled down, and heaven arrived.

I had to wait a while but the flow is quicker. You get a bit outside London as well, if the river is narrow and if there’s been rain, but it didn’t help that much. At Teddington Lock, I did accelerate.’ In Victorian times the lock was the site of two significant swimming events. In September 1865 the London Swimming Club organized a race at Teddington which the press described as ‘who could swim the longest as well as furthest without touching anything and without taking any stimulant or refreshment’.

One competitor from Coventry did well up to Mortlake, ‘when the poor lad was handed in half dead’. Many ‘struggled on until they were dead beat’ and were hauled out of the water ‘in a very exhausted condition’. Similar races commented the press, ‘are not likely to become popular.

The following year three races were staged from Teddington Lock as part of Britain’s first National Olympian Games. The National Olympian Association (NOA), the world’s first national Olympian association, was formed in 1865. One of its founders was Ernst Ravenstein, president of the London Swimming Club and former president of the German Gymnastics Society. The idea was to have a national, multi-sport event of ‘manly exercises’, held over three days in three different locations, with medals (rather than money) as prizes. At 6 p.m. On 31 July 1866, the opening event of the National Olympian Games began on the River Thames, with one-mile, half-mile and quarter-mile races starting from a barge moored a mile above the lock, all for ‘gentlemen amateurs. Heavy rain and wind meant some competitors dropped out; the three winners were all from London although there were entries from Southampton, Brighton, and Liverpool.

The ‘right arm over stroke’, swam until half-past three, covering twenty-one and three-quarter miles in six hours and thirty-eight minutes. According to the Surrey Comet, there were loud cheers from soldiers on Tower Wharf as she began her swim and cries of ‘good luck. At Westminster, she received an ovation from wounded convalescing soldiers at St Thomas’ Hospital, which she ‘acknowledged with a wave of her arm’. Just before reaching Fulham Railway Bridge she ‘took a few tablets of chocolate, laughingly inquiring if it was lunch time’. The paper described her ‘graceful motion in the water, which she only slightly disturbs in swimming’, adding that she had considerable power in her right arm, was an enthusiastic boxer and ‘an expert with the foils’, and intended to swim the Channel.

Previous articleInnovative Marketing Communications for Events Management
Next articleGlide gently, this forever glide, ON Thames that other birds may see